Skip to main content
It looks like you're using Internet Explorer 11 or older. This website works best with modern browsers such as the latest versions of Chrome, Firefox, Safari, and Edge. If you continue with this browser, you may see unexpected results.

The last week in September is the American Library Association's Banned Books Week, promoting not just the reading of banned books, but the awareness of the harm censorship can cause in communities around the world. 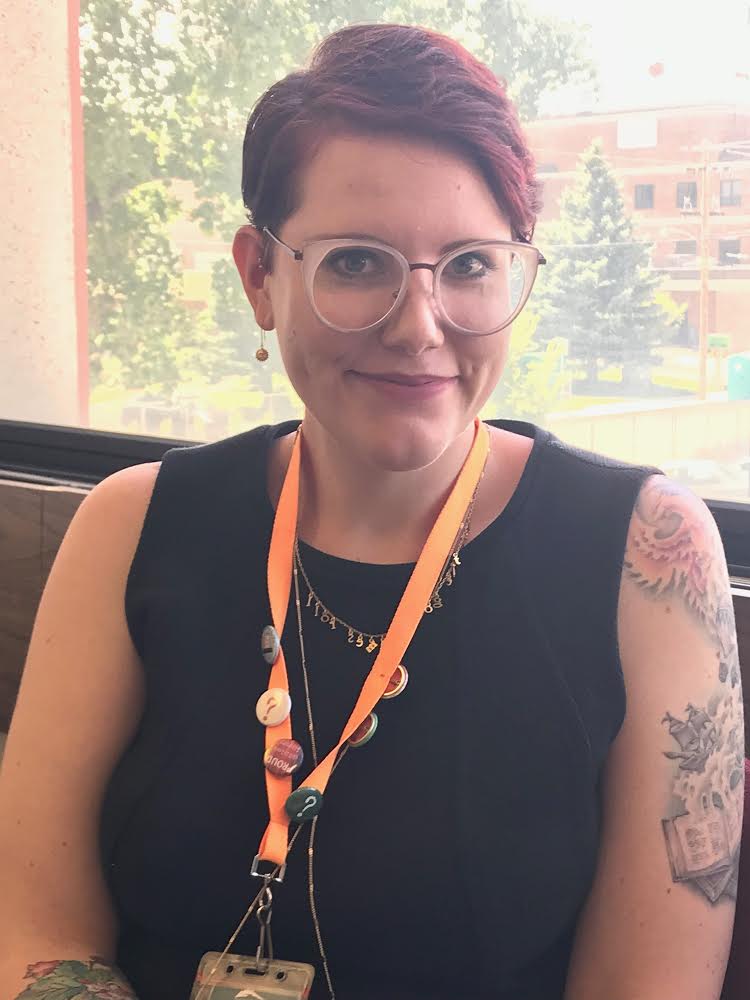 Aubrey Huff, Learning & Engagement Librarian. My favorite banned book is The Great Gatsby by F. Scott Fitzgerald because I first read it when I was 13-years-old, and I didn't understand the subtlety and aching beauty of what I was reading. Since then, I've read Gatsby at least 15 times. I'm blown away by the imagery and symbolism that each page unfolds. I can't imagine a world where people couldn't access this literary classic. 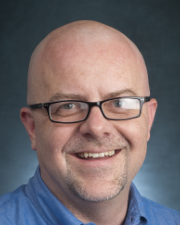 Jeff Bullington, Library Director. My favorite banned book is Of Mice and Men by John Steinbeck because I just love Steinbeck's writing; I think his love for people, and for the land, come through in his writing every time. He gets humanity. It's just a great story. 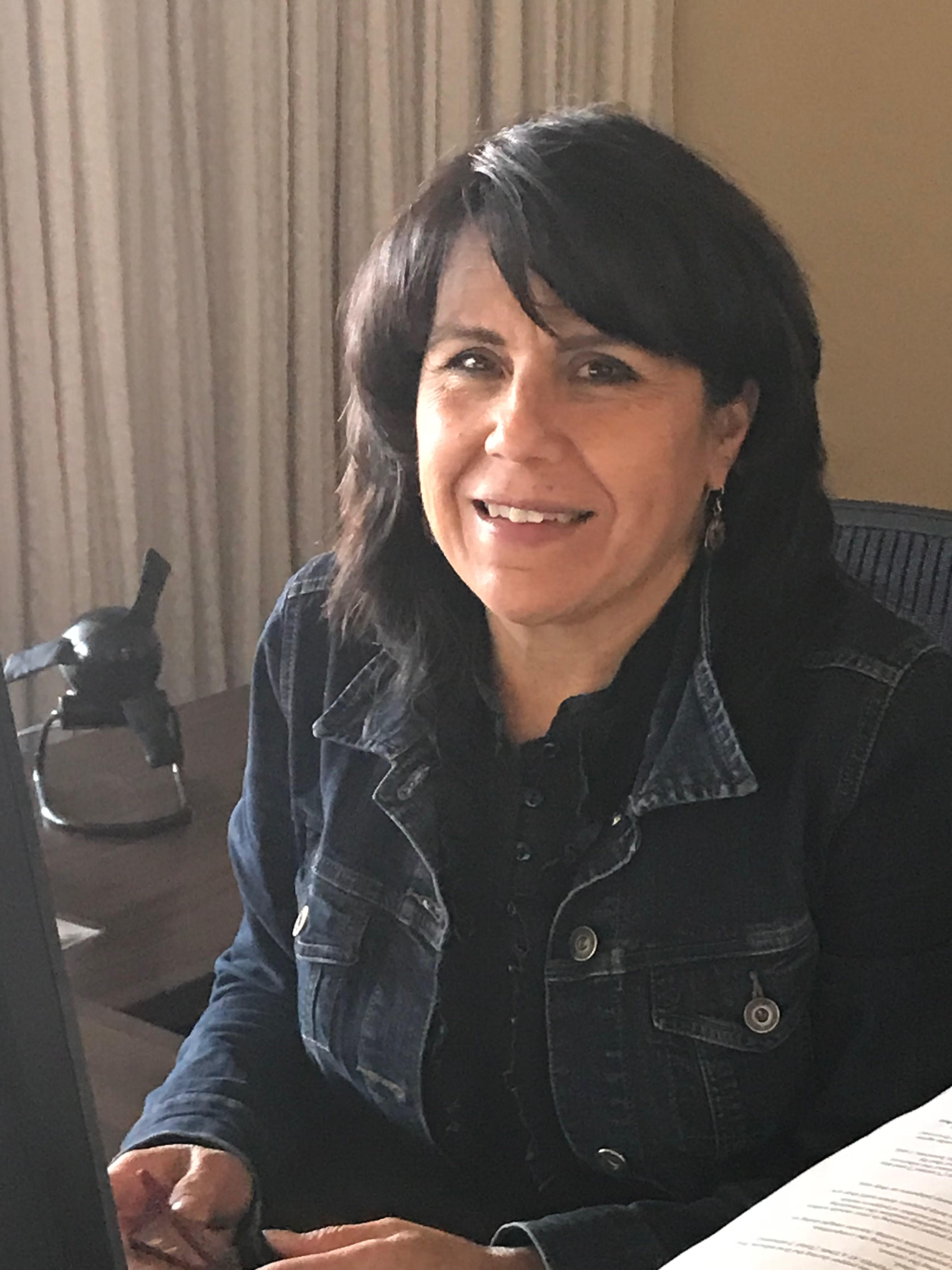 Karen Melgares. Access Services & Interlibrary Loan. My favorite banned book is To Kill a Mockingbird by Harper Lee because it was a book that I read as a teenager that had a deep impact on me and increased my interest in reading as well as my passion of social justice action in my life. 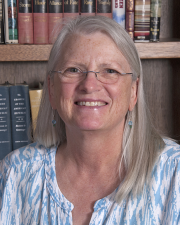 Mary Walsh. Cataloging & Acquisitions Librarian. My favorite banned book is I Know Why The Caged Bird Sings by Maya Angelou because, for me, this book opened my eyes to the reality that is childhood abuse. It allowed me to recognize that I wasn't the only one who had an abusive childhood. It also gave me permission to forgive and move on. 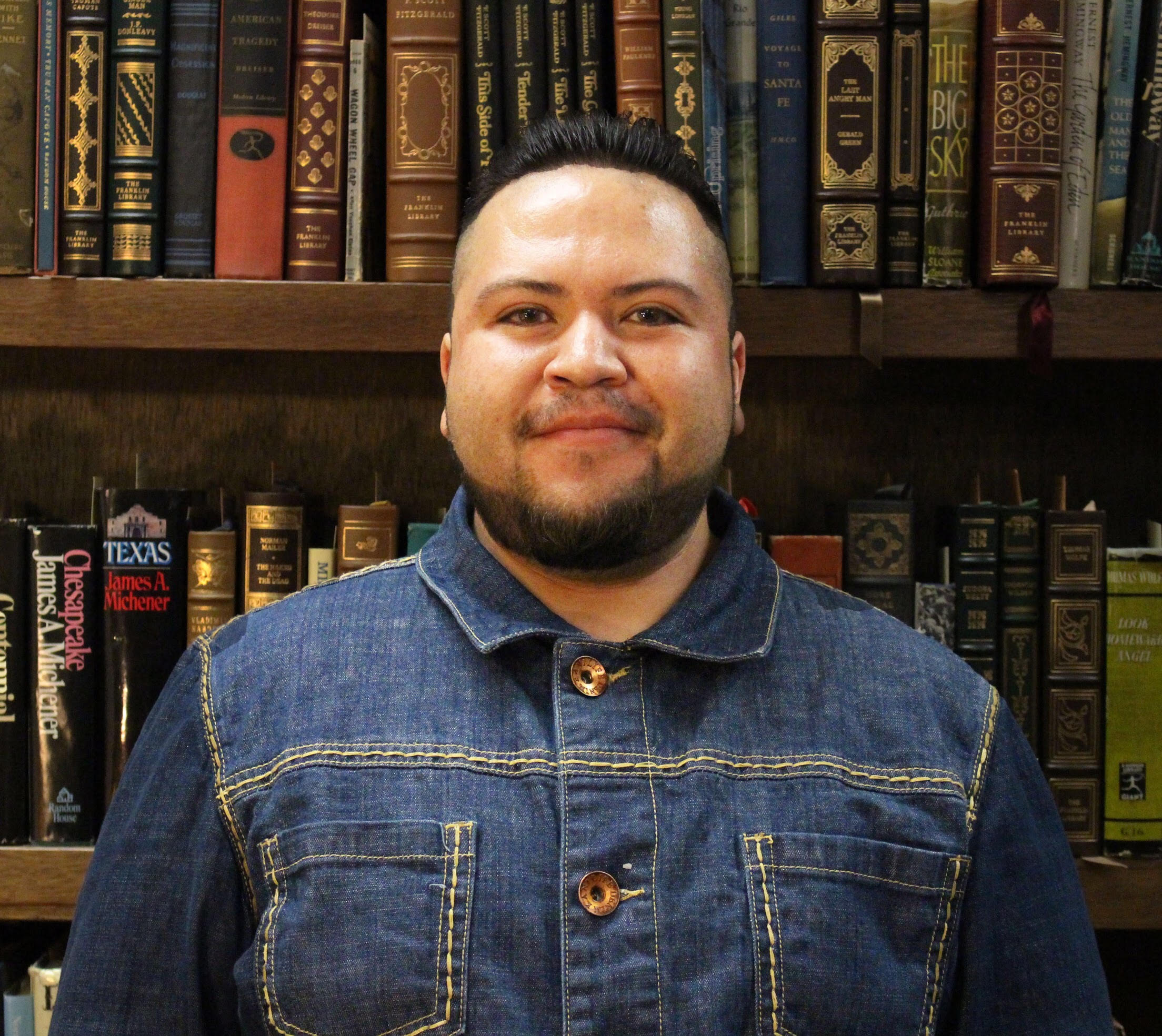 Ronnie Medina. Circulation Services. My favorite banned book is The Bible because it helps me through my spiritual walk. 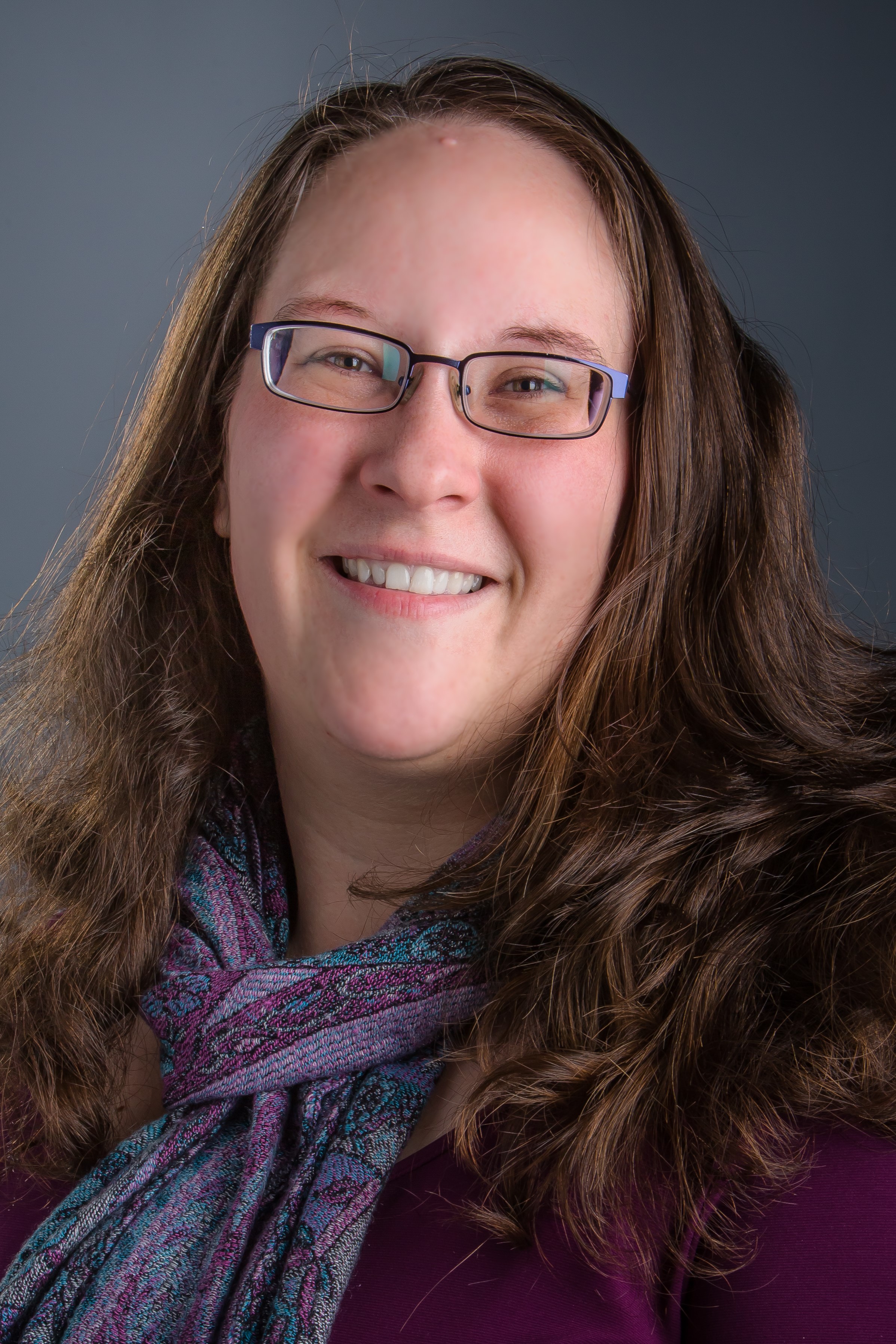 Amanda Langdon. Access Services & Distance Learning Librarian. My favorite banned book is the Harry Potter series by J.K. Rowling because it inspired me to want to read more banned books, and get involved with the discussion of why items have been banned. 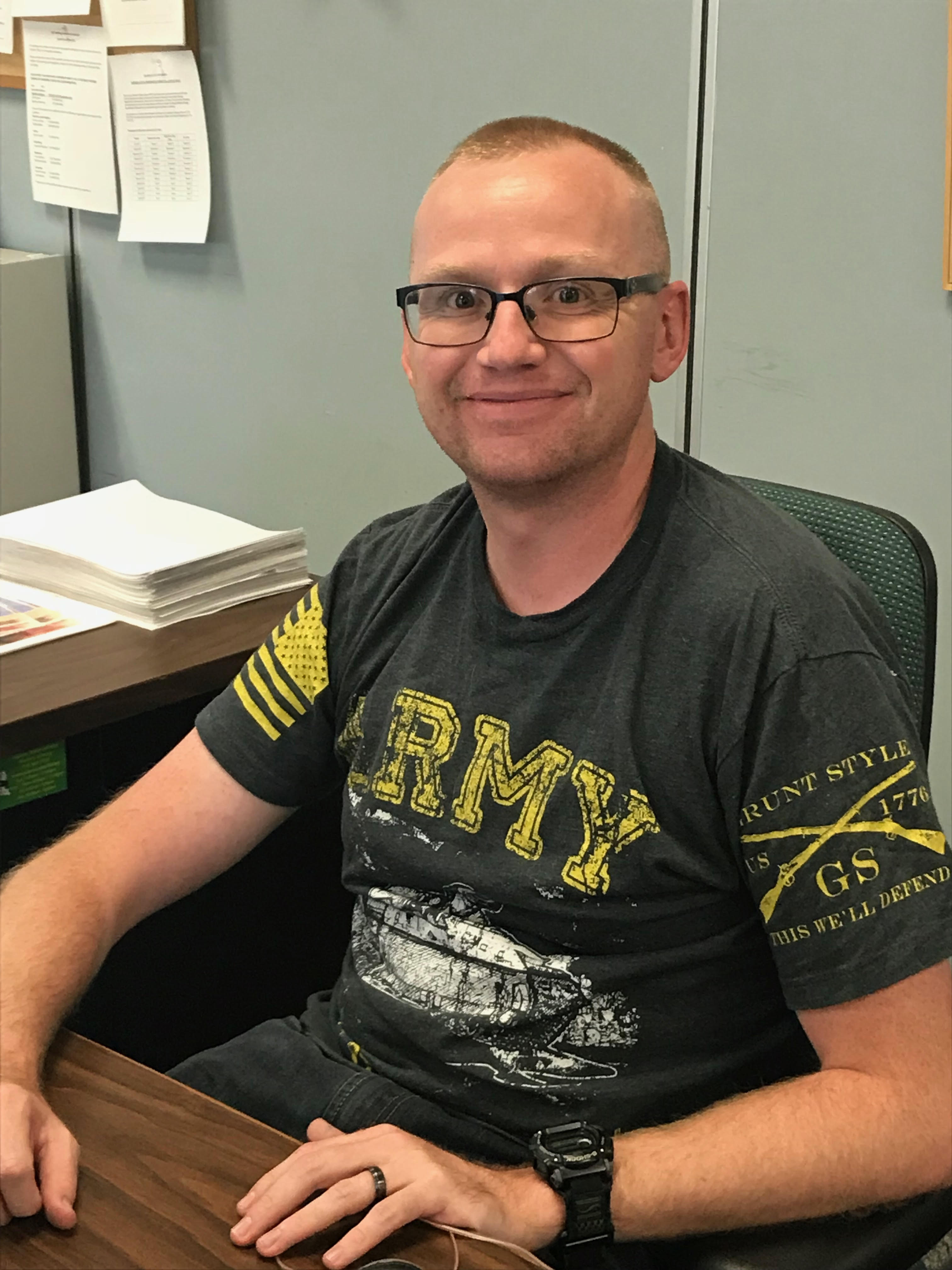 Matthew Harris. Graduate Teaching Assistant. My favorite banned book is The Giver because it was given to me by an Uncle. It was my first dystopian book and led me to my love of the genre.

Why Are Books Banned?

"Parents" are listed as the group most likely to ban/challenge books. While it is a positive thing that parents are taking an interest in what their children are reading, this becomes negative when they try to make that choice for others' children and the community at large. ProCon.org has laid out the logical arguments for each side of the book challenging/banning argument here.

One argument made is that "There is nothing preventing books from being written or sold, nothing to prevent parents from buying it or children from reading it. (Argument Pro #3 from ProCon)." However, that's not entirely true. Libraries provide FREE access to resources, to community members who may not be able to afford to buy their children books. It also provides resources for children who don't have "partici-parents" (participating parents), or who feel that they can't approach their parents about difficult subjects.

While this commentary was made in 2014, it is still relevant today.

Here are some great articles that talk about why books were banned, and what the consequences of banning books can be.

You'll Never Guess Why These Books Were Banned

The Banned Books Your Child Should Read

For Banned Books Week 2018, we're featuring a bracket of banned and challenged books. We encourage everyone to come in and vote for your favorite banned book. Which of our display items have you read? Which of them changed your life? Which of these books would be a loss to America's readers if it was permanently removed? What are the best (or worst) reasons for banning? Come in and vote, and by the end of the week, we'll let you know Adams State's most popular banned book!

And the winner is... TO KILL A MOCKINGBIRD! Harper Lee is a genius with her come-back when she received notice that her book (her only book until shortly before her death) had been banned:

Recently I have received echoes down this way of the Hanover County School Board's activities, and what I've heard makes me wonder if any of its members can read.

Surely it is plain to the simplest intelligence that "To Kill a Mockingbird" spells out in words of seldom more than two syllables a code of honor and conduct, Christian in its ethic, that is the heritage of all Southerners. To hear that the novel is "immoral" has made me count the years between now and 1984, for I have yet to come across a better example of doublethink.

I feel, however, that the problem is one of illiteracy, not Marxism. Therefore I enclose a small contribution to the Beadle Bumble Fund that I hope will be used to enroll the Hanover County School Board in any first grade of its choice. 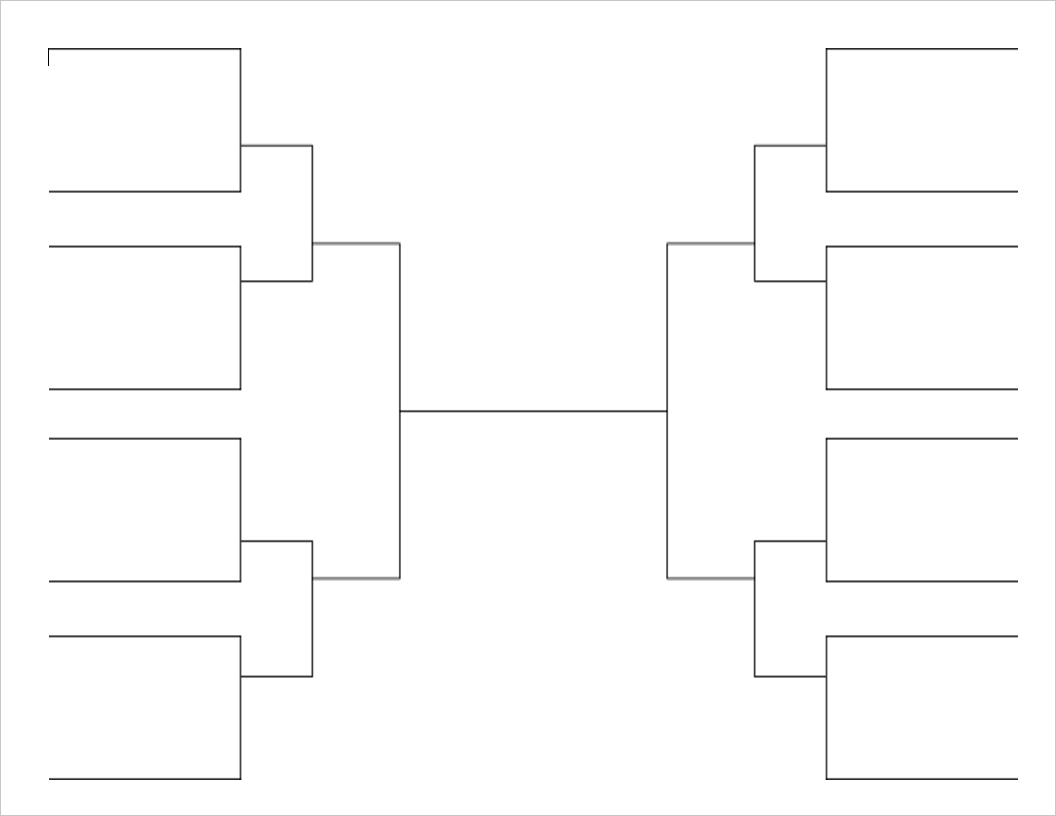 Below are Nielsen Library's banned/challenged books, and the reasons why they were challenged. In nearly all cases, books that "contain" a topic are thought -- at least by their challengers -- to naturally "promote" that topic... even if most readers agree that the author's purpose was the opposite: to address and/or condemn that topic.

To Kill a Mockingbird by Harper Lee (Grades 8-12) - contains violence and the n-word (read: promotes racism)

2 Books Nielsen Library does not own: 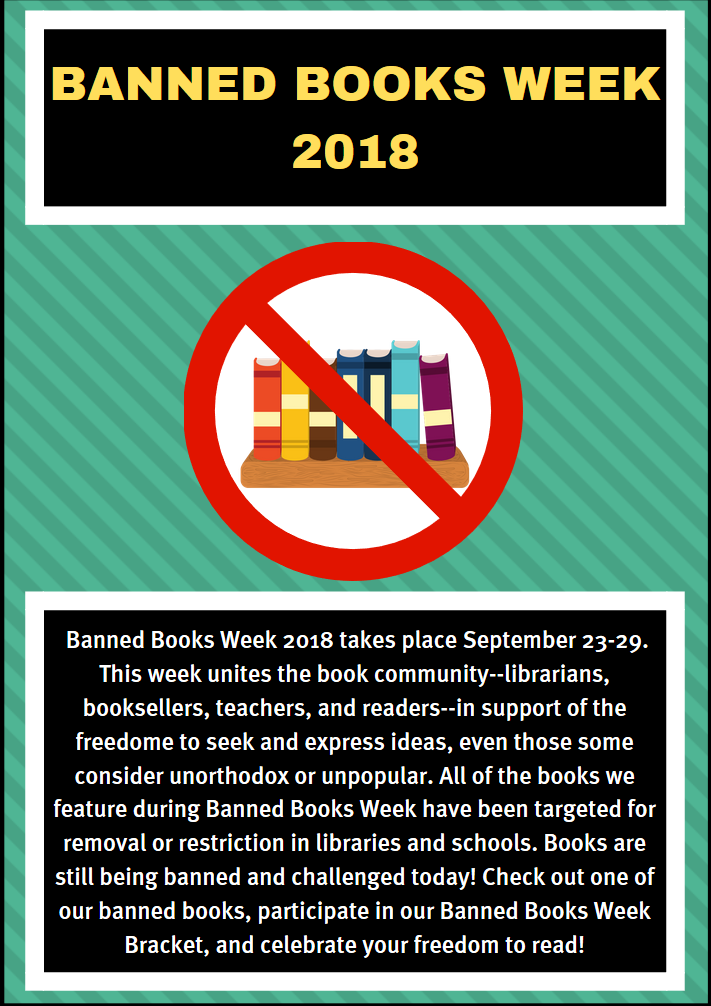 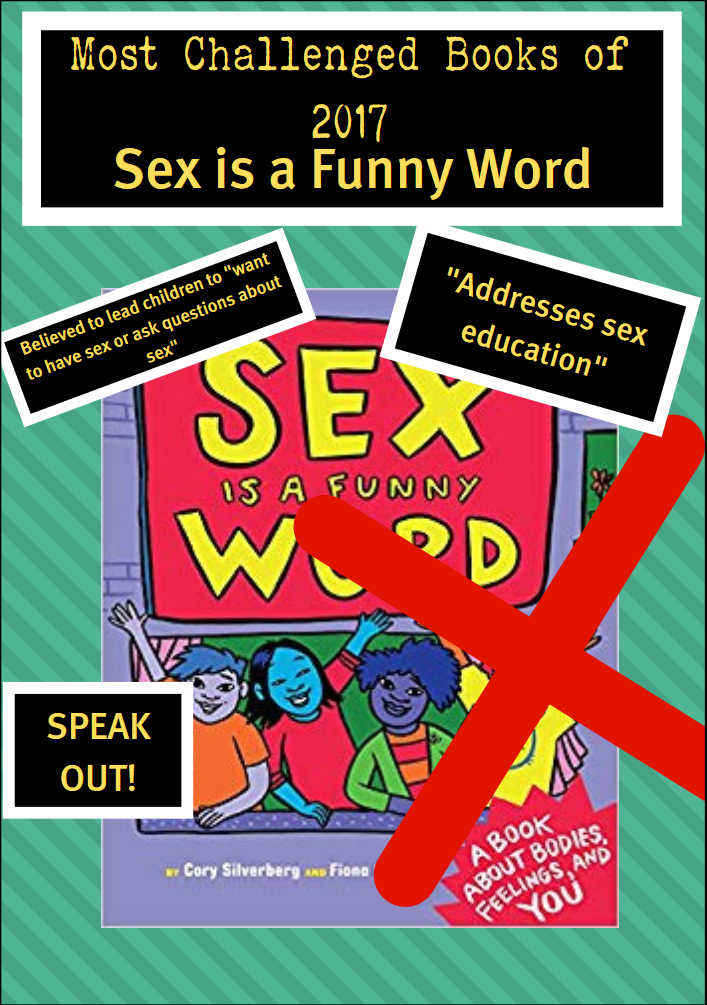 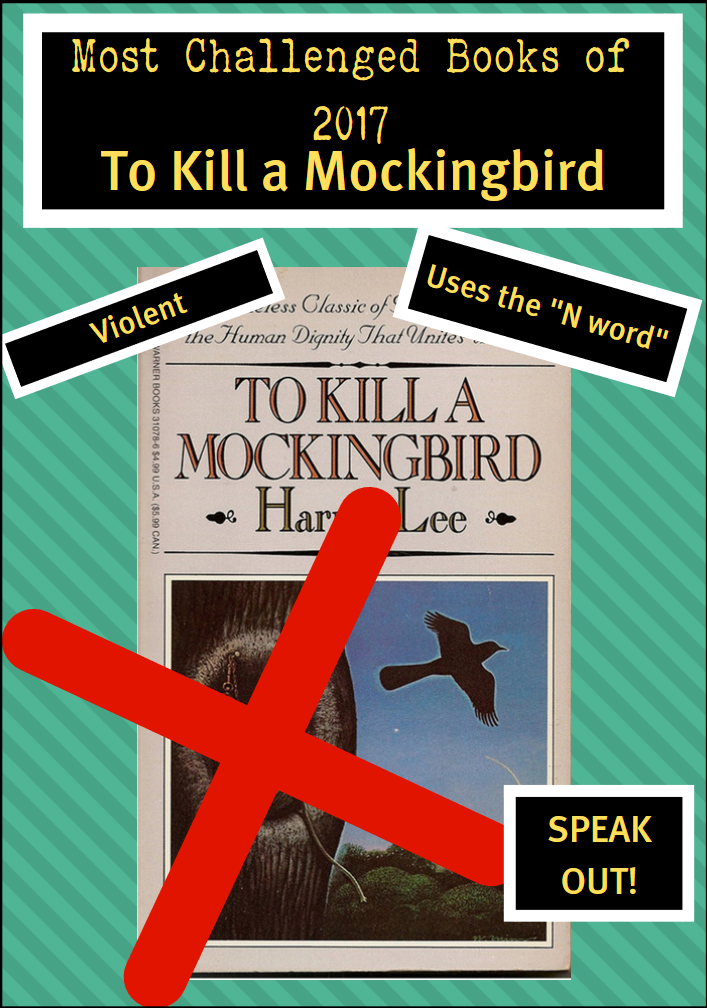 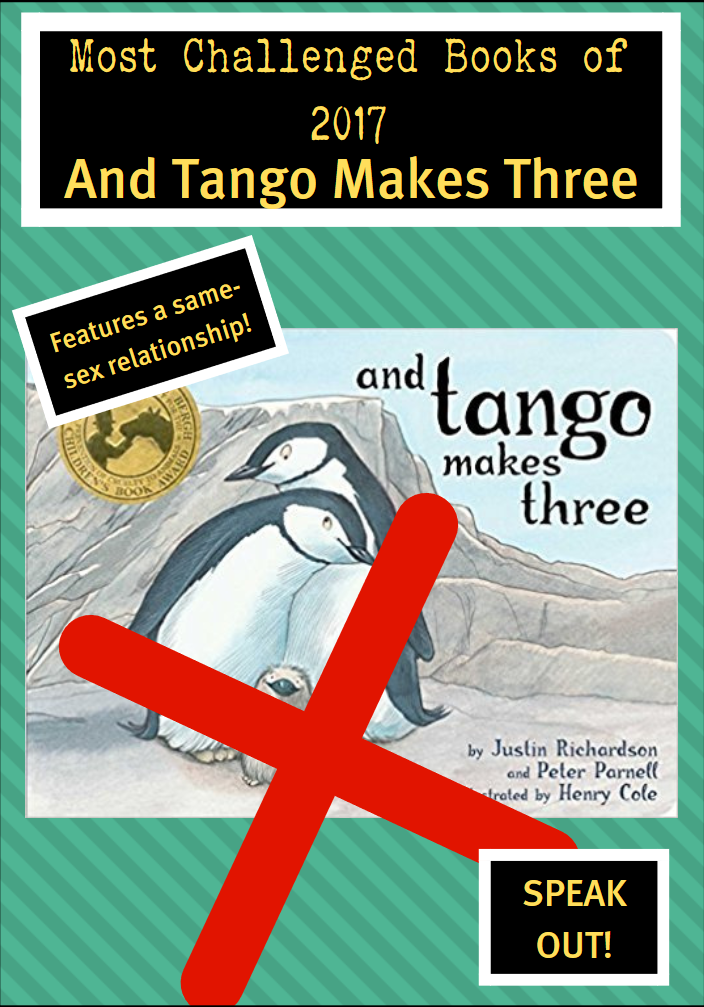 Of Mice and Men, by John Steinbeck (Grades 9-12) - contains racism, profanity, and violence

The Perks of Being a Wallflower, by Stephen Chbosky (Grades 9-12) - contains alcohol/drug use, sex, and LGBT characters

The Adventures of Huckleberry Finn, by Mark Twain (Grades 2-5) - first book to be banned in the US! - contains racism 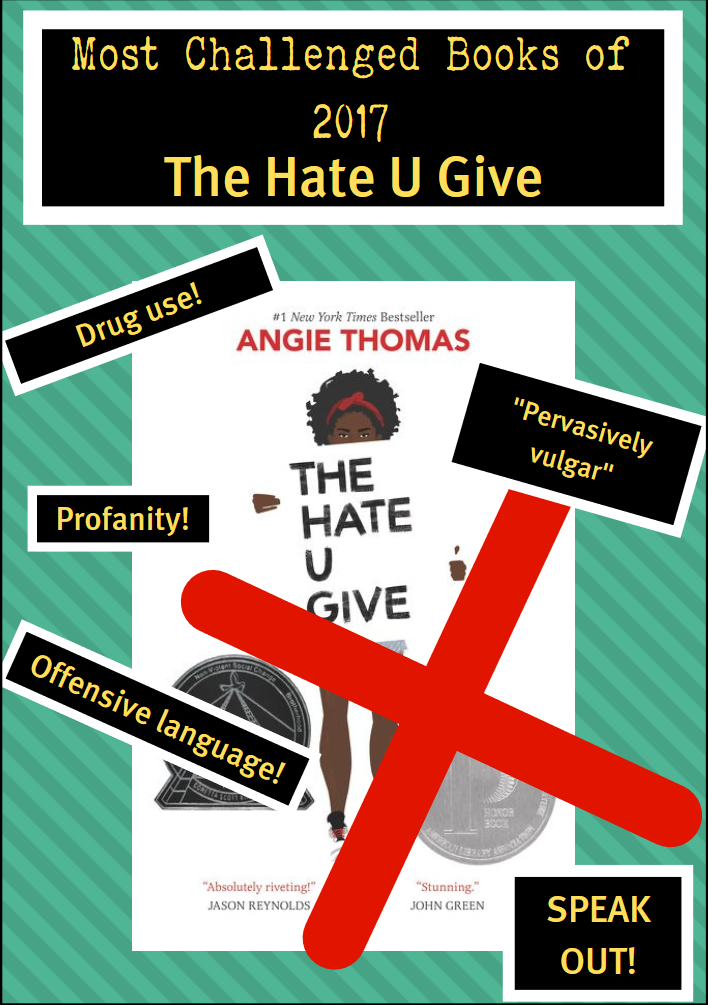 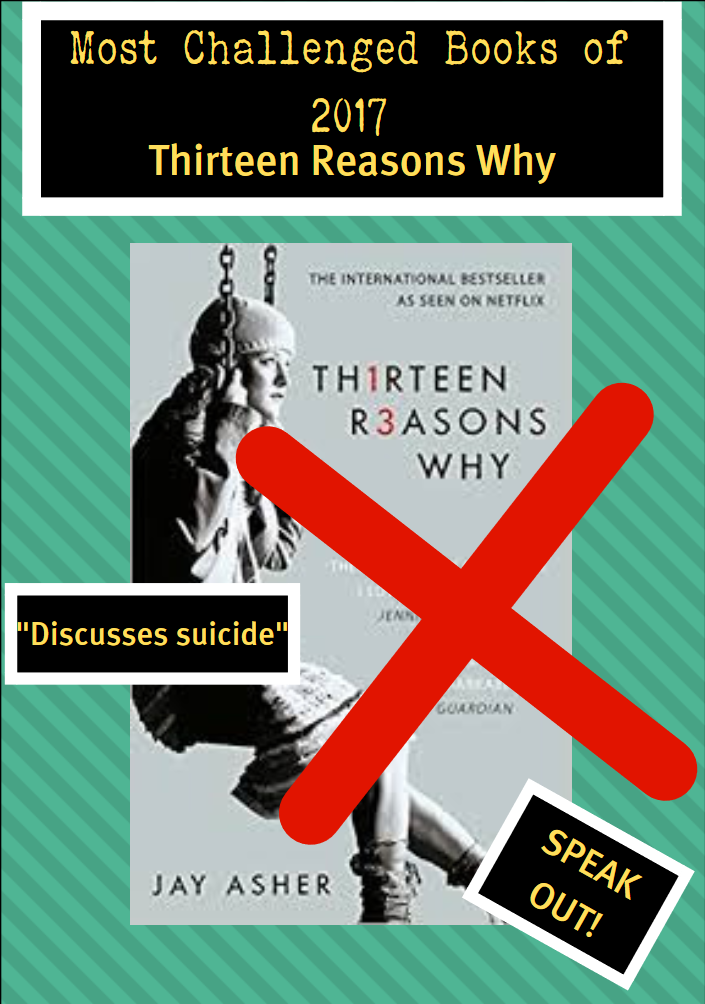 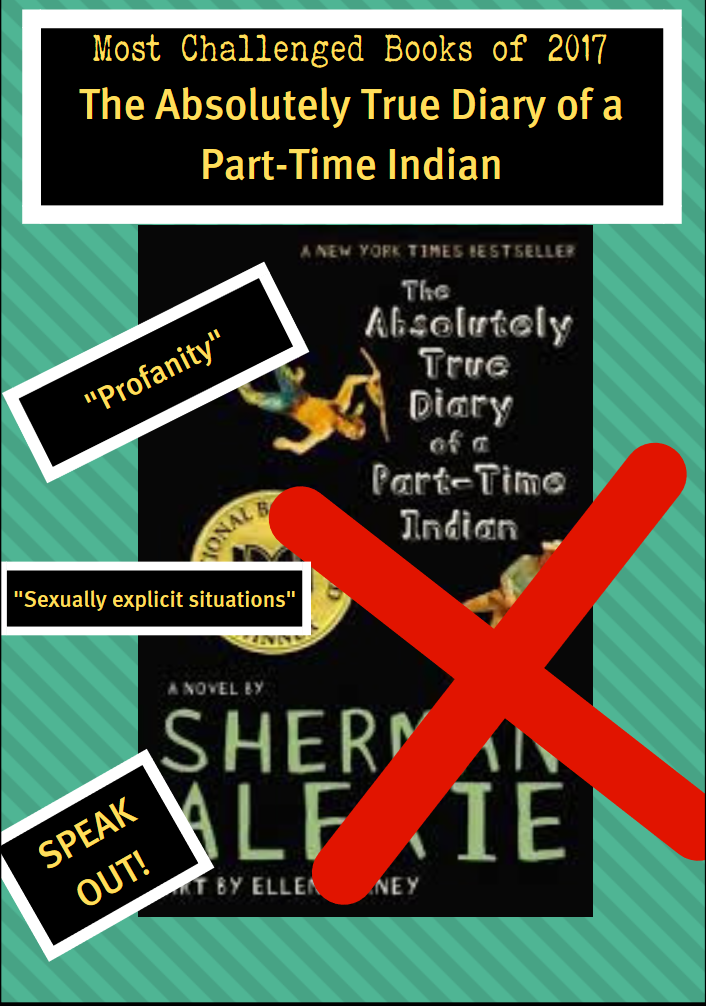 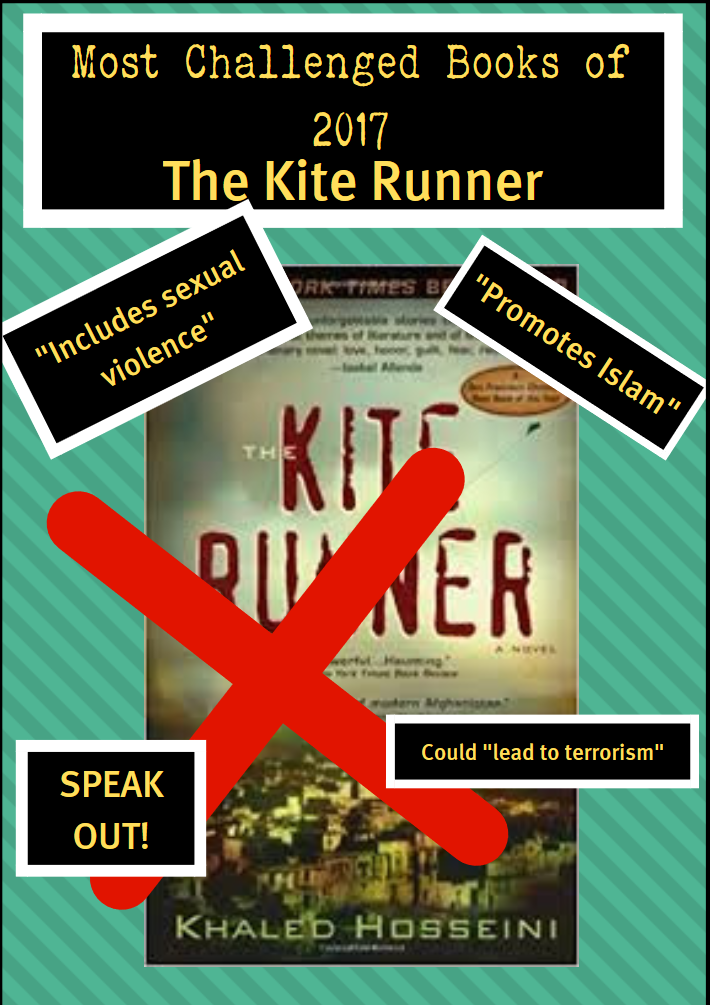 Most Feared/Banned Books in History:

The Lord of the Flies – William Golding (Grades 9-12) - contains profanity and violence, and "promotes slavery"